T-shirts in the color green saying things like “Kiss Me I’m Irish,” and parties celebrating the Irish heritage—St. Patrick’s Day is almost here, and it’s instantly recognizable. But what do you really know about the traditionally religious holiday?

St. Patrick was born in Britain during the fourth century. As a teenager, he was kidnapped by Irish raiders and forced to live in Ireland for six years before escaping back to his homeland. Although he was finally free, St. Patrick chose to come back, now educated as bishop, to Christianize the Irish Pagans. Irish folklore says he used the three-leaved shamrock typically associated with the holiday to teach Irishmen about the Holy Trinity, and established churches and schools to spread his teachings before his death on March 17, 461.

St. Patrick’s was first publicly celebrated in Boston in 1737, where many Irish immigrants lived. Irish soldiers in the 1798 rebellion even wore green uniforms on the day to draw public attention.

Since then, the holiday has grown in popularity, becoming the focus of parades and celebrations of Irish heritage. Green is often worn and shamrocks are the focus of T-shirts, decorations, and even the popular McDonald’s Shamrock Shake. Leprechauns somehow made their way into celebrations, too—funnily enough, they have nothing to do with St. Patty or the holiday itself. Just one aspect of Irish culture being lumped together with all the others, it seems!

This St. Patrick’s Day, have a good time with your green garb and corned beef with cabbage—and remember the little old saint from 1600 years ago who made it all possible. 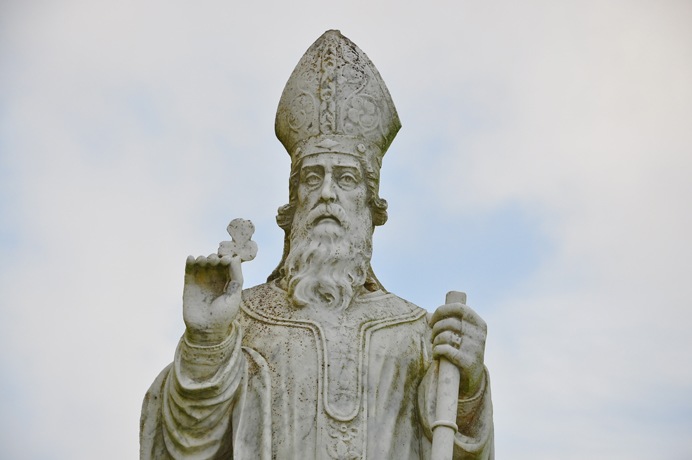