Florida’s population is growing older, and an influx of retirees might be just what the state’s been missing. Despite the setbacks the recent recession posed to southbound movers, Florida cities are now seeing a pleasant resurgence—whether retirees are looking for beachfront homes, urban condos, or inland destinations true to a classic charm.

Florida has the nation’s highest 65-plus population, so it’s fitting that the state should keep this title as more and more of the Baby Boomer generation seek to call Florida “home.” But what kinds of homes are they moving to, and what does Florida’s aging have to do with its culture?

A Change of Taste

We can try to answer both questions by looking at the past. The stereotypical version of retirement in Florida (you know the one!) evokes images of a quiet life, sitting on the porch and reading the Sunday paper while basking in a summer sun. While this definitely doesn’t sound too bad, it’s not necessarily what all of today’s retirees are looking for in their Florida home. New expectations for a new generation.

Some will flock to South Florida, a region known for its beaches, shopping and nightlife. This doesn’t mean every retiree will choose an expensive waterfront mansion—as Jupiter housing analyst Mike Larson told the Sun Sentinel, many will be happier with smaller abodes.

Those looking for a slower pace definitely don’t need to sacrifice a thriving culture, however. Much of Central Florida is home to a natural landscape, small towns and outdoor activities for other retirees. Mount Dora is one such place—TopRetirements.com rated the city well for its “Southern charm and hospitality,” and called it “Florida’s equivalent of a mountain top town.” With an average home price of $100,000 to $200,000, it’s also an affordable place to make a home.

It might seem ambitious, but there’s no reason to doubt this generation’s ability to change Florida’s landscape in every possible arena. While the state may be “graying,” its older residents are involved in politics and community betterment. They also make up a more diverse pool of shoppers and buyers who want to improve the area they’re in—after all, they’ve chosen this as their spot to set up camp, after deliberate planning and (probably) a wholehearted desire. It’s the reason more and more retirees are moving to cities, sprawling young neighborhoods—even college towns—as opposed to going off the grid in a quieter location. Having that kind of care can offer a community some unparalleled benefits, benefits future generations will be expected to keep up.

Let us know down below what your dream retirement spot would be! 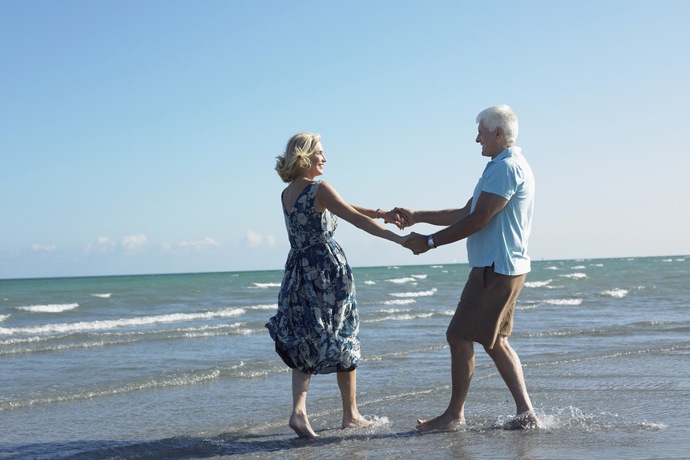